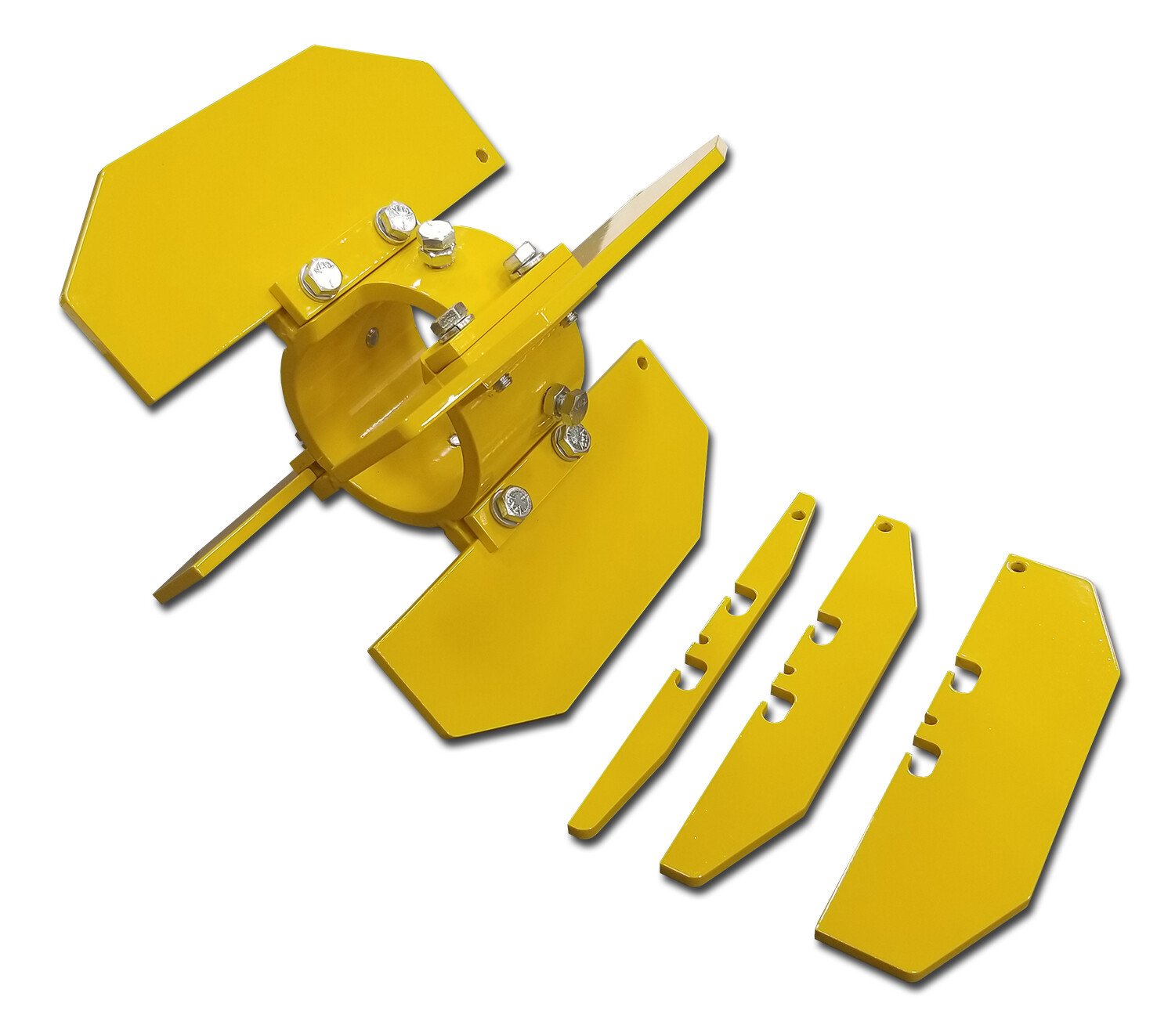 UEMSI/HTV’s all-new Speed Skid products were made specifically to work with all of the industry’s lateral and mainline flanged and round-bodied root cutter motors.

This uniquely engineered-and-manufactured root cutter collar and skid assembly will pay for itself in time-saving efficiency in changing from one size Speed Skid to another.

This quick-change operation is accomplished by the use of one 1/2” box wrench, as the floating plate is threaded, eliminating the need for a nut to compliment the compression bolts; thus simplifying the skid-swap process. On a conventional root cutter system, the operator would have to remove each nut and bolt holding each skid- not so with the Speed Skid.